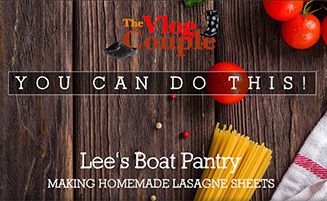 In the past on social media many people have asked how we did a certain thing, from enhancing a photo to adding special effects and titles or simply asking what camera gear we use when making our blogs and vlogs. Of course a lot of what we have learnt is taken from what Paul does for a living but also by following lots of stuff on YouTube. However, a lot of the stuff on there is way too complex and seems to waffle on with too much detail so we thought we would try and simplyfy things.

Straight forward, easy to do guides that anyone should be able to do is our main aim but if demand is there then we may go a little more complex on the photo and video stuff but in the main it will be mobile smartphone based stuff where little or no extra equipment is needed. The first video below shows how to make a timelapse movie on your smartphone and then make it into a video sequence using a free app called GoPro Quik. You can do this!

Not to be left out, Lee has started a cooking series and may also do some craft stuff. Considering we have a tiny kitchen on our narrowboat she concentrates on stuff that does not need a fancy oven or loads of space. The first two videos have already been published to our channel and can be seen below.