Reality strikes as lockdown drags on and on 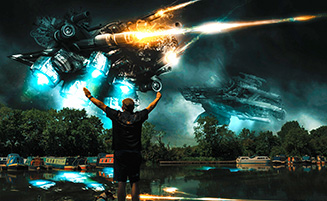 As I write this we are in week 12 of lockdown, thats three months since I have had an income. That’s 3 months that Lee’s hair salon has been closed with no sight of returning to normality. Some have been ‘lucky’ to be on furlough but being self emplyed myself with a business that has not got 3 years of signed-off accounts I am not one of those. I have received not a single penny from the government. In the past 3 months I have earnt around £280.

As I write this Lee is over at her hair salon going through the process of shutting it down for good. Yes, she received a £10k grant but that did not last long as they still have all the running costs such as rent and services etc. It was simply unsustainable and as I have little to no income we most certainly can’t afford to pump money into it in the hope that she can open again next month, or the month after, or the year after. Who wants to go to a hairdresser wearing mask? It takes away the whole personal expeience of visiting a hair salon.

Now sad as it may be, her employees (and many around the country) were quite happy to sit around doing nothing for 80% of their pay but the reality is that they have now lost their jobs. It will be the same for thousands if not millions in this country as this lockdown drags on. I have seen loads of people posting on social media how fabulous it is to be sitting in the garden drinking beer whilst still getting an income. The reality is many of these won’t have jobs to go back to.

I stopped listening to the mainstream media around 10 weeks ago as they have been absolutely disgraceful during this pandemic and the amount of fake news and witch hunting that has gone on is deplorable in my opinion. Of course I get to see some MSM clips on Twitter etc and it simply makes my blood boil how they have been allowed to nuture fear for their own gains – good news does not sell newspapers the old adage goes. Of course we see the same on Facebook – inane posts trying to shame people who ‘are breaking the rules’ – when did people become so shitty that they get pleasure in grassing people up? Most of it is FAKE news anyway, there is NO LAW saying we have to stay 2m apart, it’s a guideline hence nobody on the BLM protest got arrested for it when they were clearly standing side by side. Of course the likes of Piers Morgan et al will have you believe that they have broke a serious law. The whole thing has become rediculas. Even the BBC were forced to apologise for spreading lies regarding Dominic Cummins.

Of course I have my own opinion on this lockdown and if I am being completely honest I have said from the start it’s bullshit. My feeling was that once Italy locked down the rest of the world would be guilt tripped into doing the same and that is exactly what happened. I also think the figures are bullshit too as each country seems to be measuring it differently and if the reports are to be believed many death certificates have been wrongly attributing death to Covid-19 just because they showed signs of the virus, forget that they were riddled with cancer or some other underlying disease that was the real cause of death.

The country shut down on the advide of Neil Ferguson who predicted 500,000 deaths. This man’s record on previous computer modelling is laughable at best and I would call him utterly incompetant. This is the biggest mistake this country has made in my lifetime I believe. We shut down the country to protect the NHS – well that was the official line anyway. Well, the NHS never got overwhelmed, the Nightingale hospitals did not get used yet here we are, still in lockdown through fear of a second wave. Well I have a dose of reality for you all, the second wave is what we were going through when we shut the country down. Covid-19 was here in late October yet the mainstream media are brushing over it. I will be proved to be right.

Whilst many will dismiss what I am saying be under no doubt that the lockdown has caused as many deaths as it has saved and I truly believe there is much more damage to come directly as a result of the knee-jerk reaction to the virus and lockdown. Mental health being one of those.

I for one do not want a ‘new normal’ where we merely exist rather than live.